Voices for Peace in Korea

Lawyers for Demilitarization and Peace in Korea

Through multiple trips to both North and South Korea,  testimony before Congress and meetings with the U.S. State Department, I have sought to model ubuntu by reaching across the DMZ and political chasms in an effort to play a part in building a new and durable peace in Korea. The Korean war ended only with a cease fire armistice and the sides have never signed a full peace treaty. Its is long overdue. To better understand the standoff watch my Multimedia Webinar on How to Have Peace in Korea : Everything you wanted to know about Korea but that the US government is afraid you’ll ask.

by Eric Sirotkin on Peace in North Korea

The Forgotten Faces of North Korea Photo Exhibition is an effort to use my photos to aid peacemaking by putting a human face on a country that has been seen by the US as simply an enemy and “evil.” The exhibit educates people about the Korean Conflict and it serves to reminds us of our common humanity.

This paper was prepared by Eric Sirotkin for DPRK Peace Conference and presented to the U.S. State Department and Congress

A Roadmap to Peace in Korea

A Roadmap to Peace in Korea (PDF) 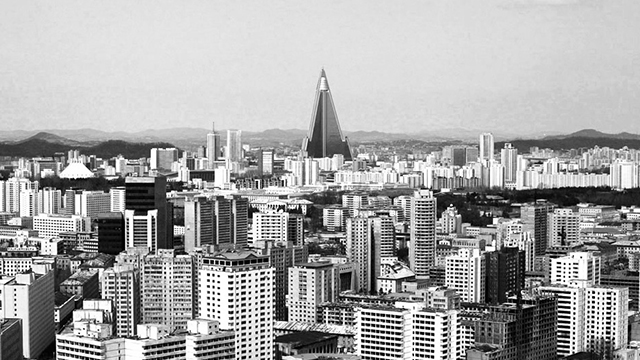 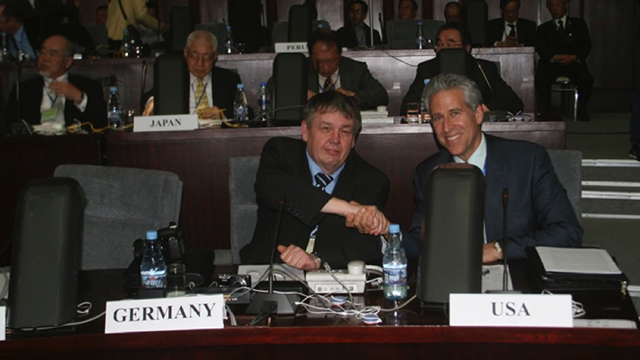 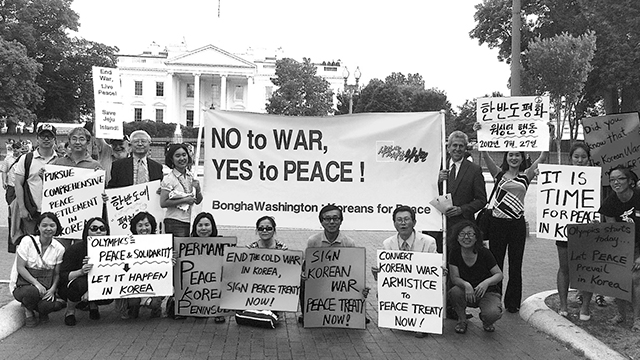 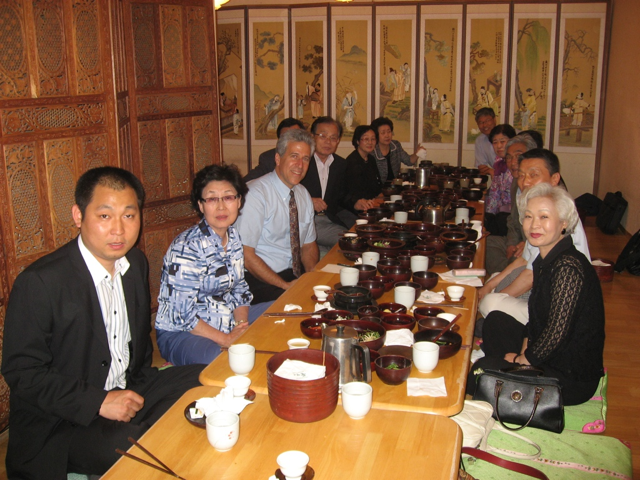 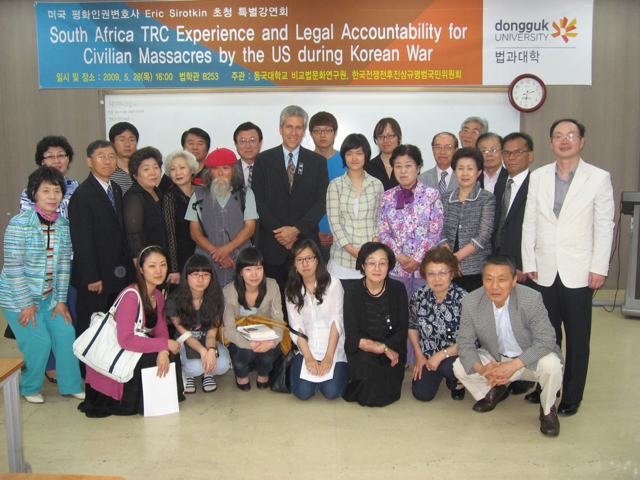 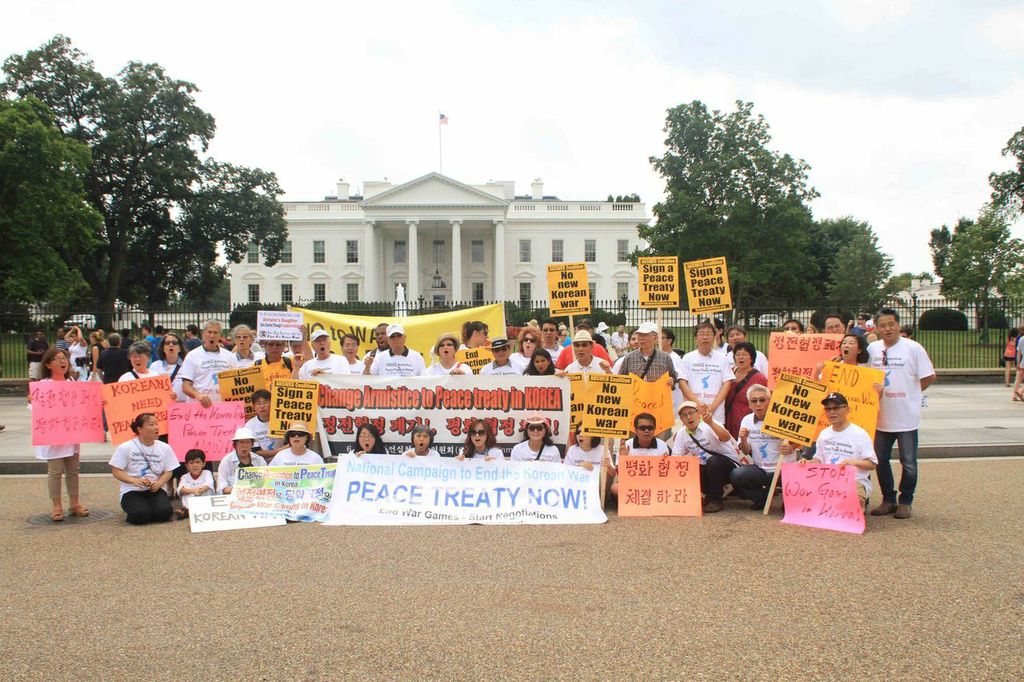 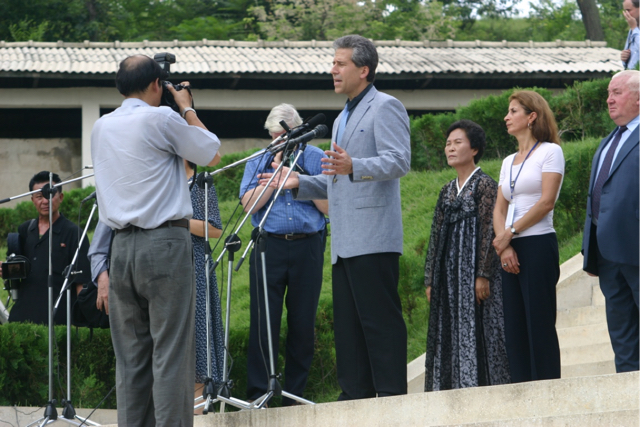 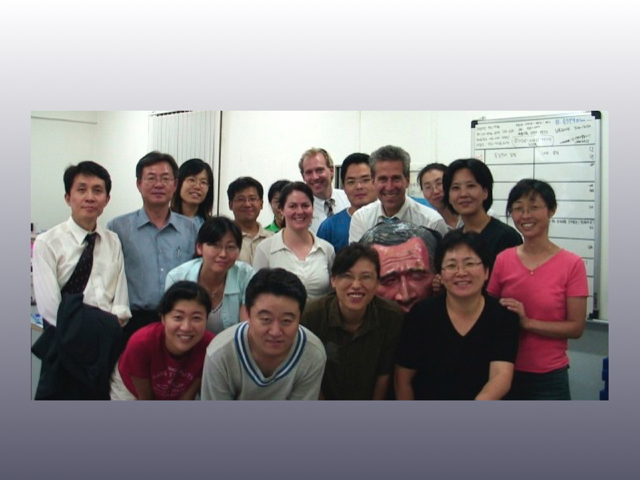 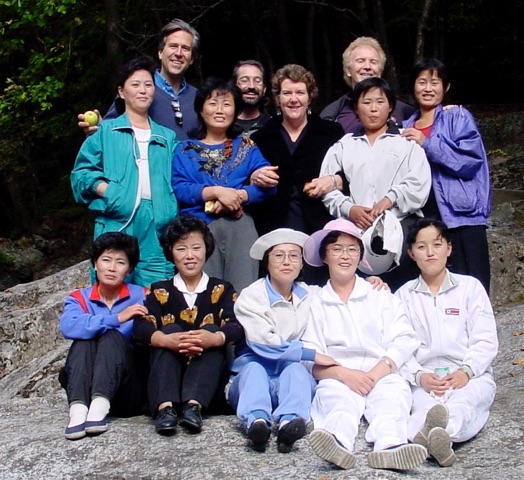 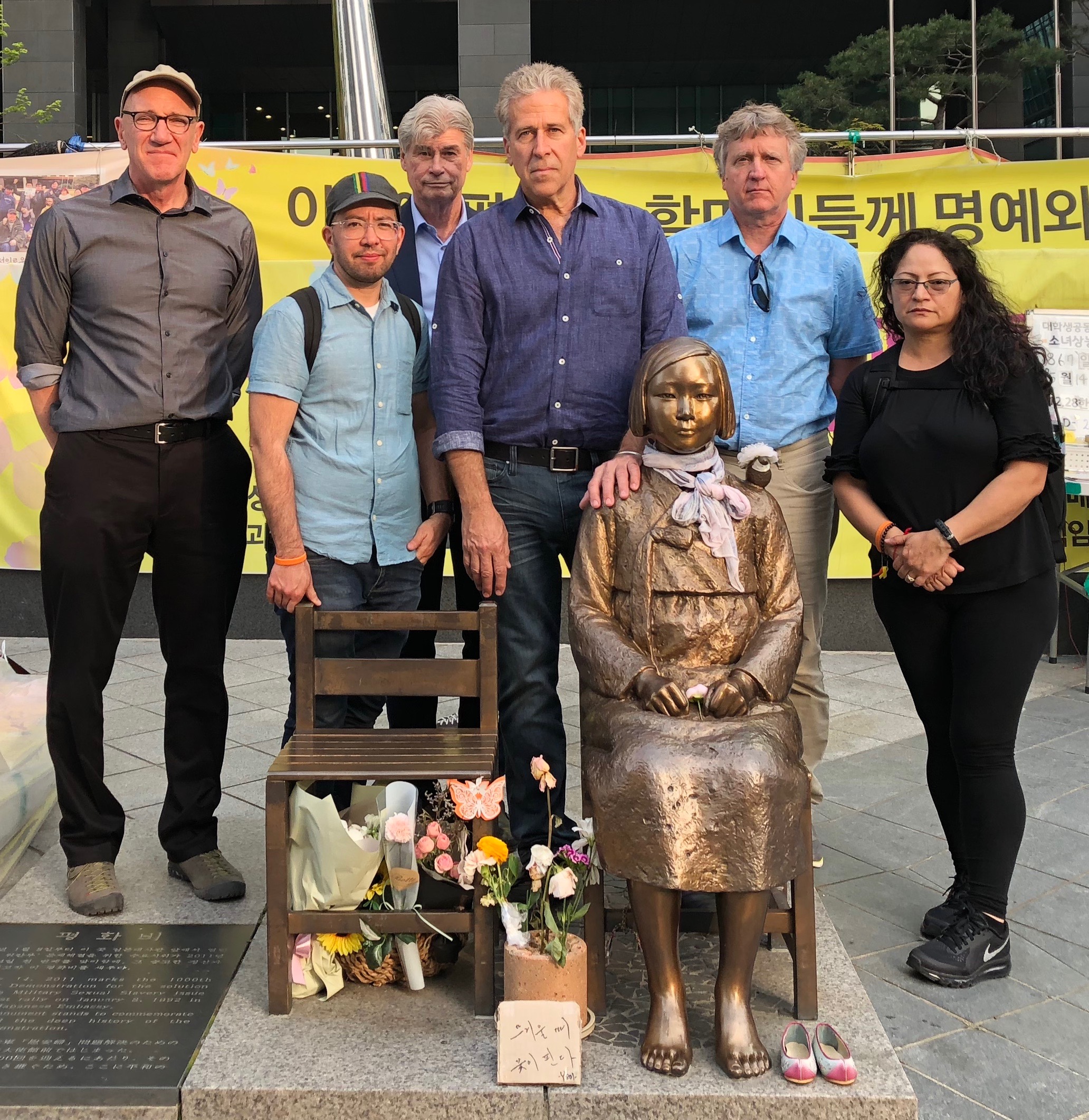 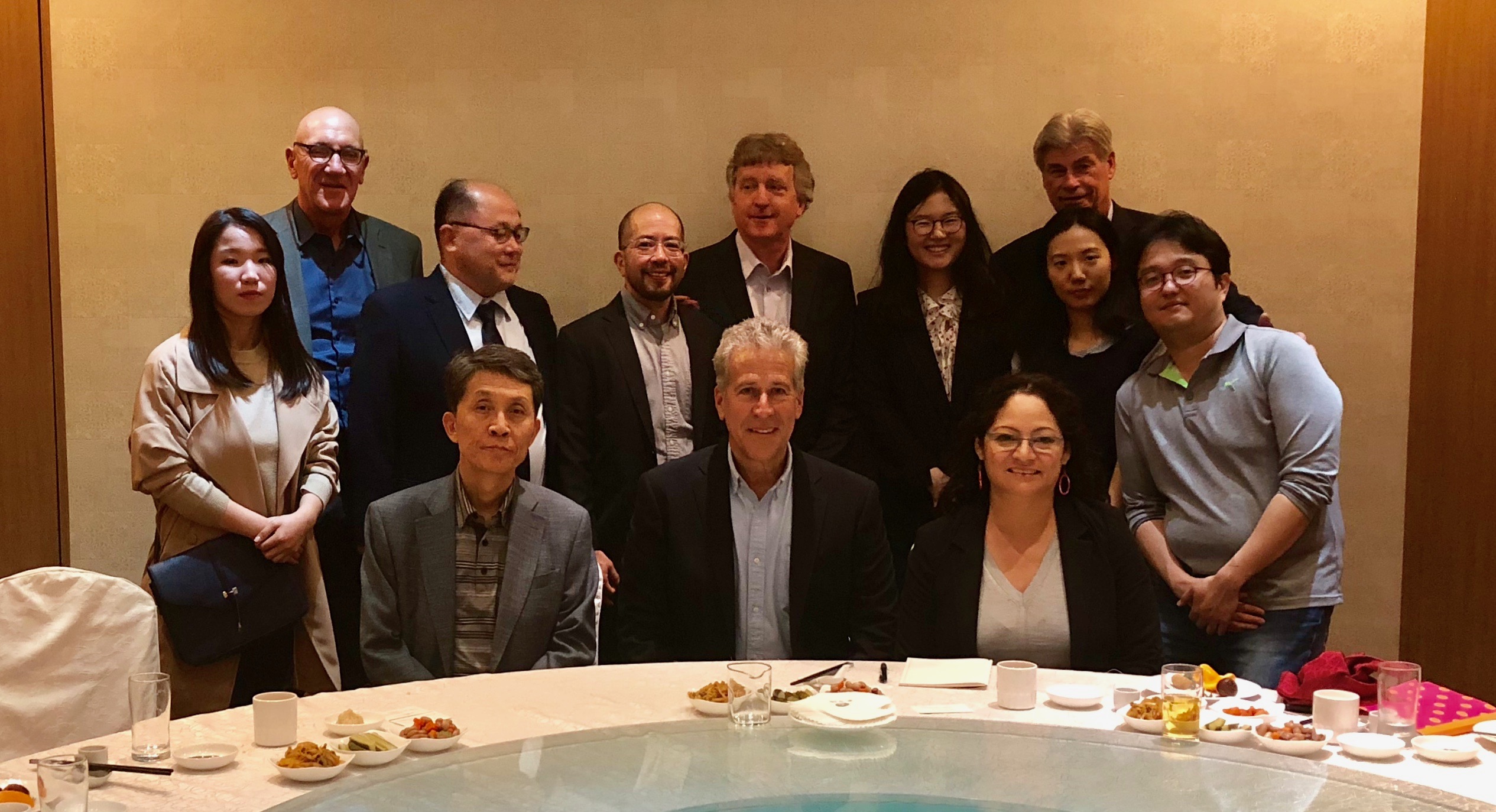 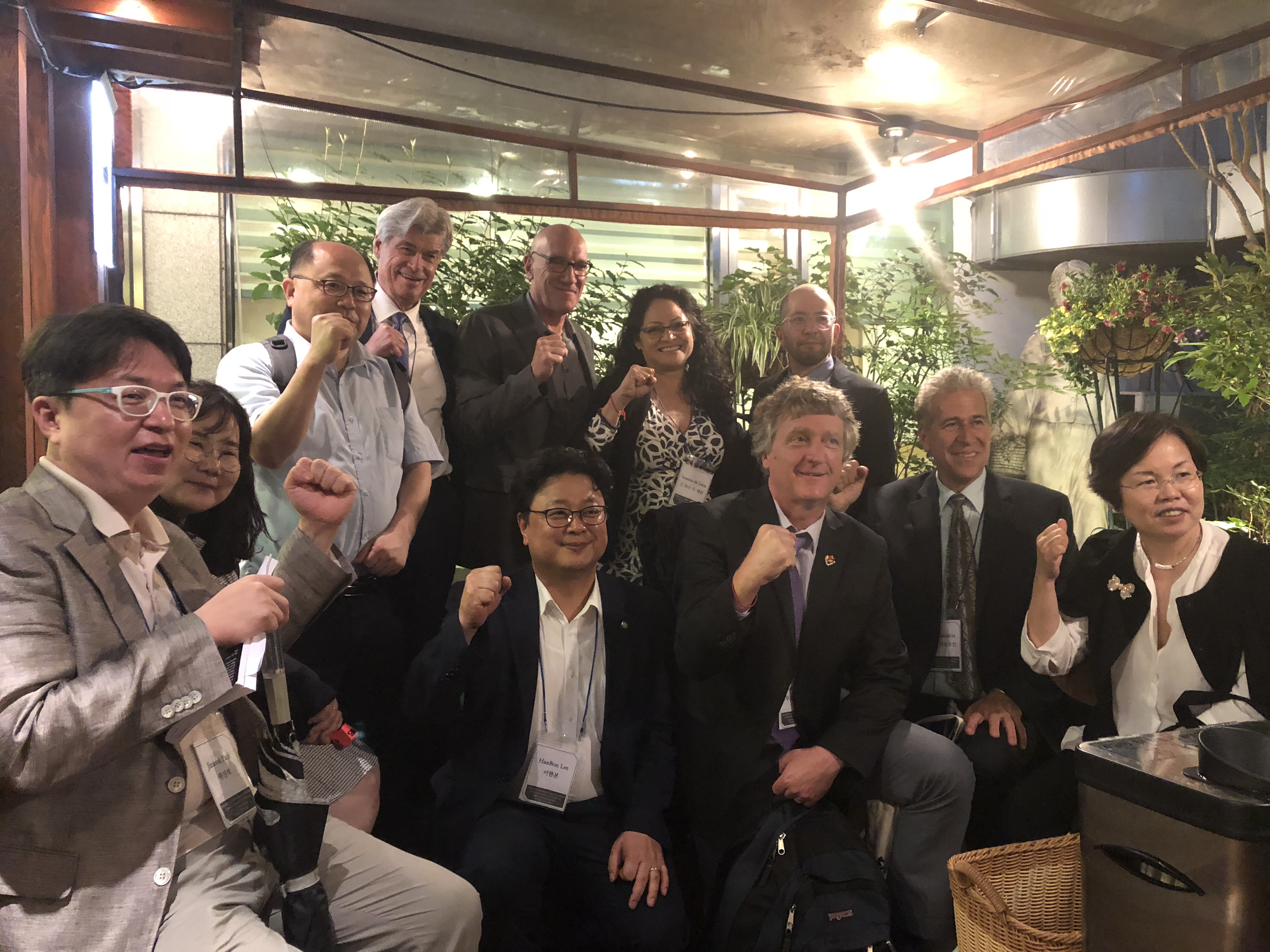 Lawyers for Demilitarization & Peace in Korea

The standoff on the Korean Peninsula has reached a boiling point that is dangerous for all peoples of the world. The Lawyers for Demilitarization and Peace in Korea and the National Lawyers Guild condemn calls for a military solution in Korea. We reject the threat by U.S. President Donald Trump to use the “fire, fury and power” of the United States as “never before seen” against the DPRK, a statement carrying frightening echoes of the threats of “shock and awe” that devastated Iraq as well as the U.S.’ regional legacy as the sole country in the world to use an atomic bomb. We also reject any threat by the DPRK or any party to use nuclear weapons to strike Guam or other targets. This climate of threat and intimidation, in which the overwhelming nuclear power of the United States can never be elided or minimized, promotes the violation of international law and ignores the need for dialogue and engagement.

The Korean War ended only with a temporary armistice agreement that called for all foreign troops to leave Korea and for there to be negotiations of a peace treaty.  The U.S. currently has nearly 30,000 troops and dozens of bases and posts in South Korea, a country the size of Indiana, and no peace negotiations have taken place in over 60 years. The Koreans have been subjected to the fire and fury and power of the United States before, as the war saw the full carpet bombing by the United States of civilian areas, a serious war crime after the devastation in Europe,  and the loss of nearly 25% of the population.

Even without ICBMs or nuclear weapons, it’s long been estimated that within 48 hours of a military conflict breaking out casualties in Seoul could surpass 100,000 and, over 90 days later, later the U.S. Department of Defense estimates that a war could produce 200,000-300,000 South Korean and U.S. military casualties, in addition to hundreds of thousands of civilian deaths. These numbers leave aside the heavy toll to North Korean civilian and military lives under threat of “fire and fury.” There is no military option that comports with international law or the value  of human life. The U.S. has long played an aggressive and militarizing role throughout the Korean peninsula. Its recent launch of live-fire weapons and missiles and threats following the recent launch of an ICBM by the North Korean military do nothing but ramp up the threat of war rather than acknowledge the necessity of negotiations without pre-conditions and peace for all people of Korea.

We can best honor all those lives that were taken in the Korean War and in the intervening decades, including those caught in the crossfire since the 1953 temporary cease fire armistice, by finding a durable peace. U.S. threats of violence only ramp up the danger of war, whose costs would be paid in blood and tears by the people on both sides of the Korean peninsula.

The Lawyers for Demilitarization and Peace in Korea and the International Committee of the National Lawyers Guild call for a new approach that builds relationships and reduces tensions, rather than marching toward  war. It is time to reject rather than escalate the militarization of Korea. It is time to talk more, not less, and to formalize relations, not as a reward, but as a necessary preventative measure.

We call upon the U.S. government to:​

“If the future of humankind is not to be jeopardized by conflicting spheres of civilization and culture, we have no other alternative but to shift the ray of our attention from that which separates us to that which unites us.”