Since 1998, when I presented across Japan workshops jointly with a delegation of U.S. and Japanese lawyers on Human Dignity in the Workplace, I’ve  been fortunate on several occasions to work with groups of courageous Japanese lawyers and peacemakers. Their deep love of peace and solidarity with peace loving people everywhere is exemplary and their Article 9 Peace Constitution remains a model for the world. They have been the most gracious hosts who model ubuntu when they open their hearts to visitors and share their hopes for peace. Read our Joint Appeal for Basic Human Rights and Human Dignity in the Workplace. 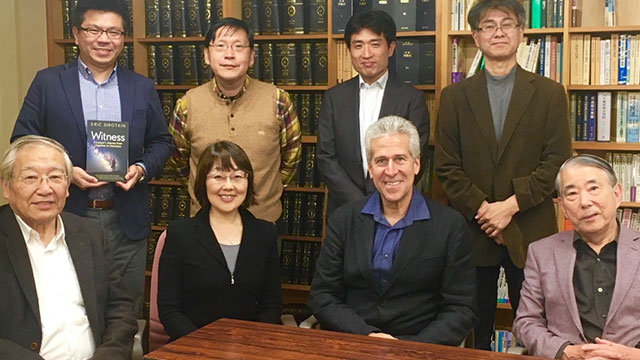 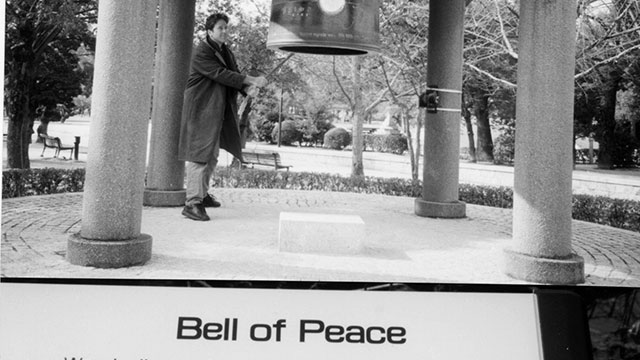 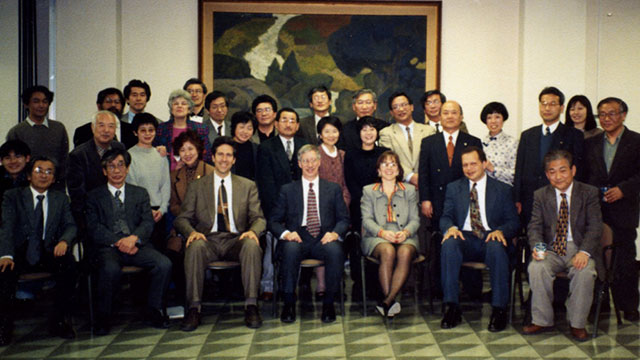 Reflections on the Bomb: Hiroshima and Nagasaki 1945-2005

2005 Congress of the International Association of Democratic Lawyers

I was not born when the bombs fell on Hiroshima and Nagasaki. But I live in America, in New Mexico, a state where the atomic bomb was conceived. I have spent many years in the magical Jemez mountains where 60 years ago, even some of the scientists of the Manhattan Project, prayed that their creation not be used, and later said “My God, what have we done?”

In New Mexico, we still live with another kind of fallout; a military complex storing thousands of even more powerful nuclear weapons, scientists being asked to design new ways to kill more effectively, and the perpetual environmental side effects. But for millions of Americans who take the time to feel Hiroshima, those tragic days of ’45 have also left a deep sadness.

A few years ago on a speaking tour in Japan, I visited Hiroshima.

As an American I had to go. There was no choice.

For it hurts beyond belief when we put ourselves in the shoes of the child out that morning riding his tricycle, the families of those who died immediately or slowly in the months and years that followed, those whose lives were forever changed.

Unless you go to Hiroshima the shame, the horror is not describable, the loss a mere concept. Like many places of great war crimes and atrocities you feel it in your bones. An inescapable memory that pierces your heart. Too familiar a feeling that arises when men, almost always men, have taken incomprehensible actions and countless screams fill the air.

As I child, I remember feeling such imprints of outrage and suffering in visits to old American civil war battlefields. Years ago in visiting Soweto, they were there in the sites marred by the mass attacks of the Apartheid regime against school children or people seeking freedom. Most recently, in a village called Sinchon, we stood between the blackened walls of air raid shelters, where advancing U.S. troops had poured gasoline and dynamite down the air shafts and more than 700 North Korean men, women and children were sent to a fiery death.

Going to these places honors not just the dead, but the courage it takes to see that it never happens again. We breathe the horror in and then out. But we cannot heal until we replace the pain we feel with something else. We cannot dwell in the anger, sadness and condemnation, lest we become what we abhor. This unspeakable violence gives us a choice – close our heart in order to survive, or open it further to thrive. Hiroshima increases our commitment to work for peace. It allows us to forgive, but never forget.

These are dangerous times. To end nuclear weapons we must end not only the illegal doctrine of preemptive war, but all U.S. aggression. The Bush administration claims it is making the world safer. Yet, in such a climate is it surprising that countries would seek weapons of mass destruction to deter a possible unilateral attack by the United States?

George W. Bush claimed so often that he wanted to find the Weapons of Mass Destruction, that some of us in America took the call seriously. We joined in the search and guess what Mr. Bush? We found weapons of mass destruction. The count is in. Iraq, as the world now knows, had none. However, in my home town in New Mexico, we have over two thousand. Up the road in Pueblo, Colorado, 2611 tons of chemical weapons are stored (and it wasn’t even a “mobile” lab). Heading east to San Antonio, Texas a research center creates new bioweapons “for study.” Add these and dozens of more sites to the thousands of weapons of mass destruction and nuclear weapons capability on the over 750 bases that the United States maintains abroad and one can only wonder what George W. Bush meant when he said “Our nation is chosen by God and commissioned by history to be a model for the world.”

We can destroy these weapons and restore hope for a creative and peaceful future. From the ashes of Hiroshima and Nagasaki, we can build a world that that leaves imprints of love instead of hate, sharing instead of greed and courage instead of fear.

We have the choice.

Japan and Korea: The Delicate Balance

We are at a pivotal time with the North Korean crisis and much turns on a possible action by Japan that will change the world. The U.S. Administration says that it supports the repeal of Japan’s Article 9 of its constitution so it can become a “normal” country.

“Aspiring sincerely to an international peace based on justice and order, the Japanese people forever renounce war as a sovereign right of the nation and the threat or use of force as a means of settling international disputes. In order to accomplish this aim of the preceding paragraph, land, sea and air forces, as well as other war potential, will never be maintained. The right of belligerency of the state will not be recognized.”

This constitutional statement was required of Japan and was a result of its brutal occupation and war making in Asia. It is a key part of Asian security and was by its enactment a form of apology to the rest of the world for its actions in the first half of the 20th Century and a guarantee to the region that it would never happen again.

The repeal of this Article by Japan at this time would trigger a fear and reaction by the Koreans and China, both countries that suffered the deaths of millions of people at the hands of the Japanese. This could cause the North Koreans to react by amping up it’s weapon program,  whereas a lasting peace and denuclearization in Korea could cause the Japanese, who fear the nuclear weapon potential in North Korea, to reject the repeal Article 9.

Please contact the Japanese government and your Congressperson and let them know about the inspiring message of Article 9 and its importance for peace and stability in the world.